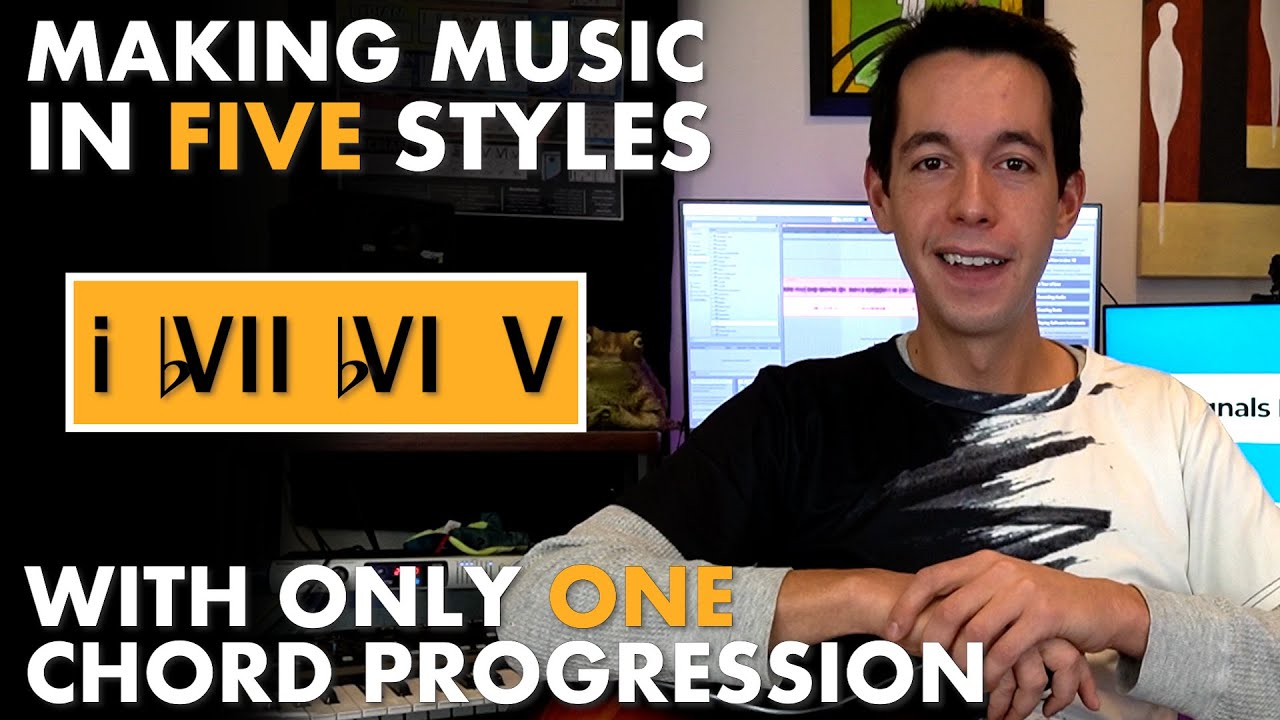 The Awesome Power of the Andalusian Cadence

A quick note- there’s some sloppy guitar playing in here. I absolutely have the production skills to elminate those mistakes (and probably would if these songs were to be released on an album) but I think it’s important for you all to see/hear those mistakes! Also the intro has many inversions and chord modifcations. I simplified the numerals. One more thing I want to point out- the Em scale over B can sound fine if you play it fast enough – pretty much anything is passable if you play it quickly. But you really can’t build real harmonies off that V chord if you’re using the b7 tone, and the more time your ear has to hear the dissonance, the worse it will sound! I use Ableton Live 10 and Reason 10 (via rewire) together to produce.

A giant thank you to my Patreon supporters. They’re the reason I’m able to offer a professional rhythm course at a name-your-own-price model.

I owe them a lot, and you might too 🙂

How To Arrange Chords into BEAUTIFUL 4-PART HARMONIES

How to Write Harmonies for Guitar / Piano / Vocals