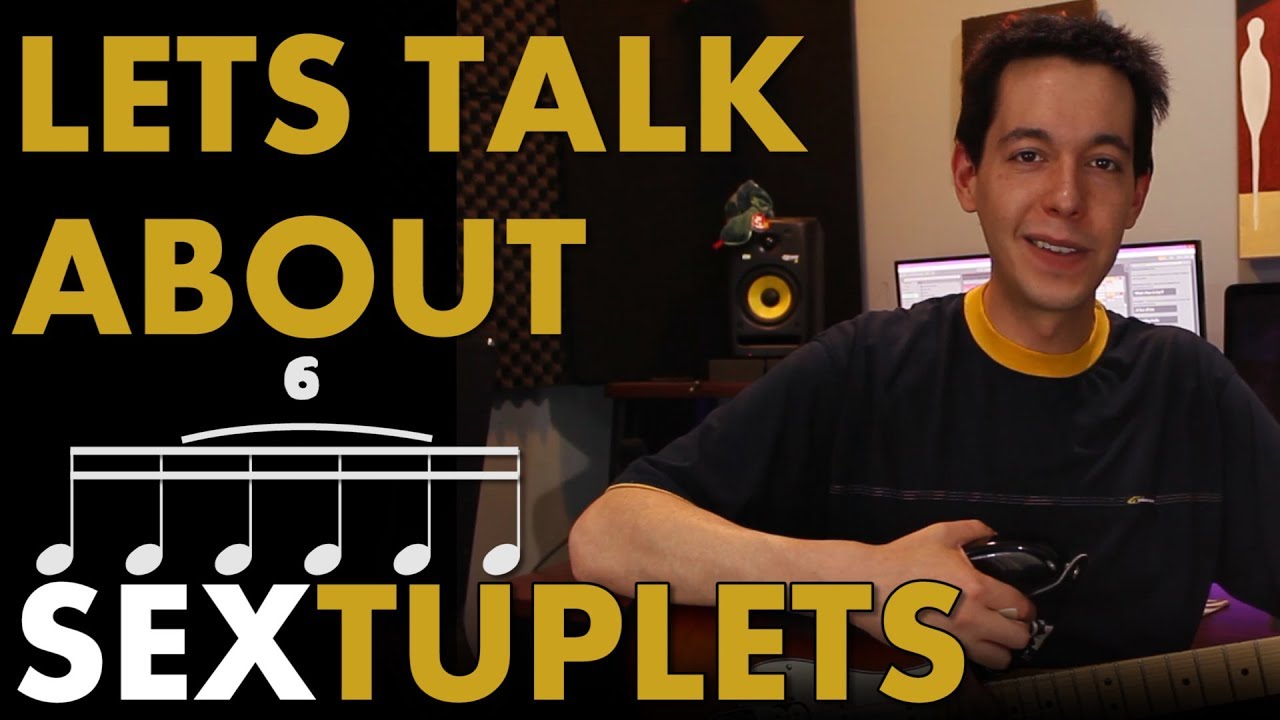 Tab/Music + Mp3 at my Patreon

Sextuplets, or 16th note triplets, are notes played at a speed of 6 notes per beat. At those speeds, things can become difficult to keep track of for musicians without the aide of some counting techniques. This video explains several ways to count and parse the sextuplets, as well as examine some common variations seen and how they can be used to compose music.

Extra info:
For counting sextuplets with no “bounce”, i.e. 121212, you can also try the Konnakol syllables “Ta Ka Di Mi Ta Ka”. In addition, there is a drum rudiment known as a paradiddle-diddle which is a sticking of rlrrll, and has the same feel.
For counting 5s, try the indian konnakol syllables Ta Di Gi Na Thom or Ta Ka Ta Ki Ta. I’ll do a video on quintuplets and/or konnakol one day, but for now try out Ben Levin’s intro to Konnakol video.
There are more variations of accents and patterns than what I demonstrated here, and at least one system of naming has been invented to describe these patterns. For example, the “bid-a-lee-did-a-lee” grouping is sometimes referred to as a “double triplet”, and the second pattern I taught as the “True Sextolet”. More information here.

The Lydian Sextuplet Fanfare was written over the course of a week and changed several times. It was originally 4/4 all the way through, then once the rhythm was finalized the lead needed to be written and practiced. It can be thought of as being in 3 lydian modes, all a minor third apart. E Lydian to G Lydian to Bb Lydian. The bass movement is Whole-half from E up to C, then the final chord is an E with a high 4th ringing out.

In the video I misspoke about where the charts and diagrams are at- They’re really found in this video on legato and triplets.

However my video on Mixolydian does touch on using these concepts while improvising.