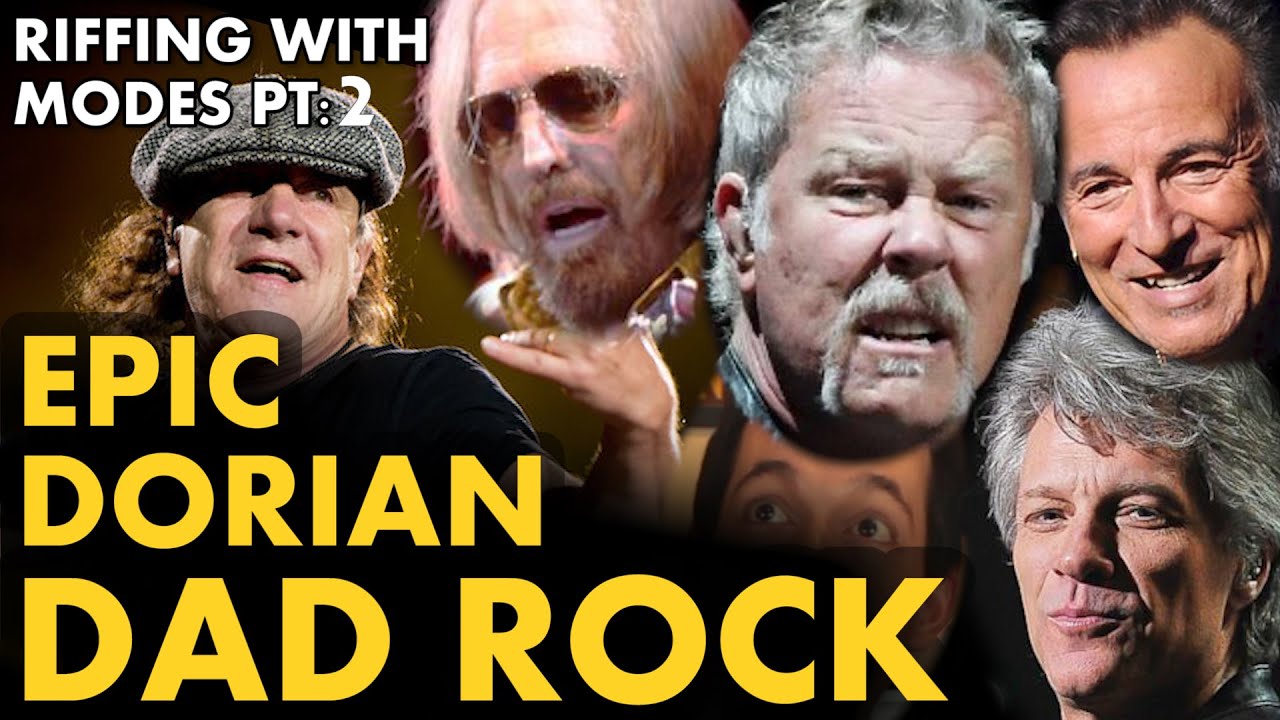 279 views
2 min read
Watch LaterRemove Cinema Mode
FacebookTwitterRedditPinterestEmail
Skip to 15:50 to hear the full dorian dad rock demo! Buy the Ultimate Modal Poster: https://bit.ly/30vHeWc Confused about Dorian? Watch my lesson here: https://youtu.be/hyZPcYf1Pe4 There is an ERROR here at 13:48, the “bVI – bVII – I” chords are incorrectly labeled – should be “Bb – C – Dm. (thanks icanplaytehdrums)
Riffing with Modes part 1 (Ionian) found here: https://youtu.be/gbNLhx2eCXs
Dorian is capable of way more than just jazz and funk. This video teaches how to write riffs with the Dorian mode, and also how to arrange those riffs into a full song. We explore a little bit of modal interchange, by borrowing from the parallel minor key, but mostly focus in on the 2nd mode.
Don’t take me too seriously when I say that dad rock isn’t “too complicated or insightful”. I’m generalizing, for better or for worse.
This video is brought to you by my patreon subscribers. You can join them here: https://www.patreon.com/signalsmusicstudio

HUGE THANKS to the following Patreon members!